The World Cup Groups have been defined: We highlight in yellow the best teams in each Group according to the FIFA ranking of October 2017. In parentheses we specify the position in that ranking. Mathematically, these teams should qualify for the Round of 16; however, as we explained in the first part of the article, making use of central tendencies we know that this will not be the case. Checking the data of the Group Stage presented in the supplementary information, we can answer the following questions and obtain conclusions for the coming World Cup.

2. In how many Groups the best two teams in the FIFA ranking qualified for the Round of 16?

3. In total, how many teams that qualified for the Round of 16 were the best teams in the FIFA ranking?

A detailed analysis of this question was given in the first part of the article. Here we show the final results.

4. How many European teams qualify for the Round of 16?

Considering the conclusions given above, we show below the forecast for the Round of 16 in Russia 2018: We highlight those teams that advance for the Round of 16. In yellow are those teams that are expected to advance and in green the surprises. These teams, according to the FIFA ranking of October 2017, are grouped as follow:

In pot 1 are the best teams, in pot 4 the weakest team. Why we do this is explained in the first part of the article. As you can see, some teams changed with respect to the results published previously. This is due to the new trends obtained once the World Cup Groups were defined. In May 2018 a new FIFA ranking will be published, this will alter our results and will give us a final forecast based on new trends. We will update this article by then.

Among the curious facts that you should consider for the future are: 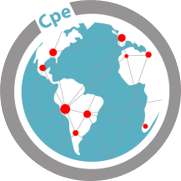